Beavers and the Bird's Nest Mystery.

Yesterday, some of the members of the Conservation Committee took a walk around the trail.  Rachel pointed out an unusual tree trunk, bird's nest.  These pictures show the amazing structure. It's in a very large, old swamp maple at the west end of the pond. 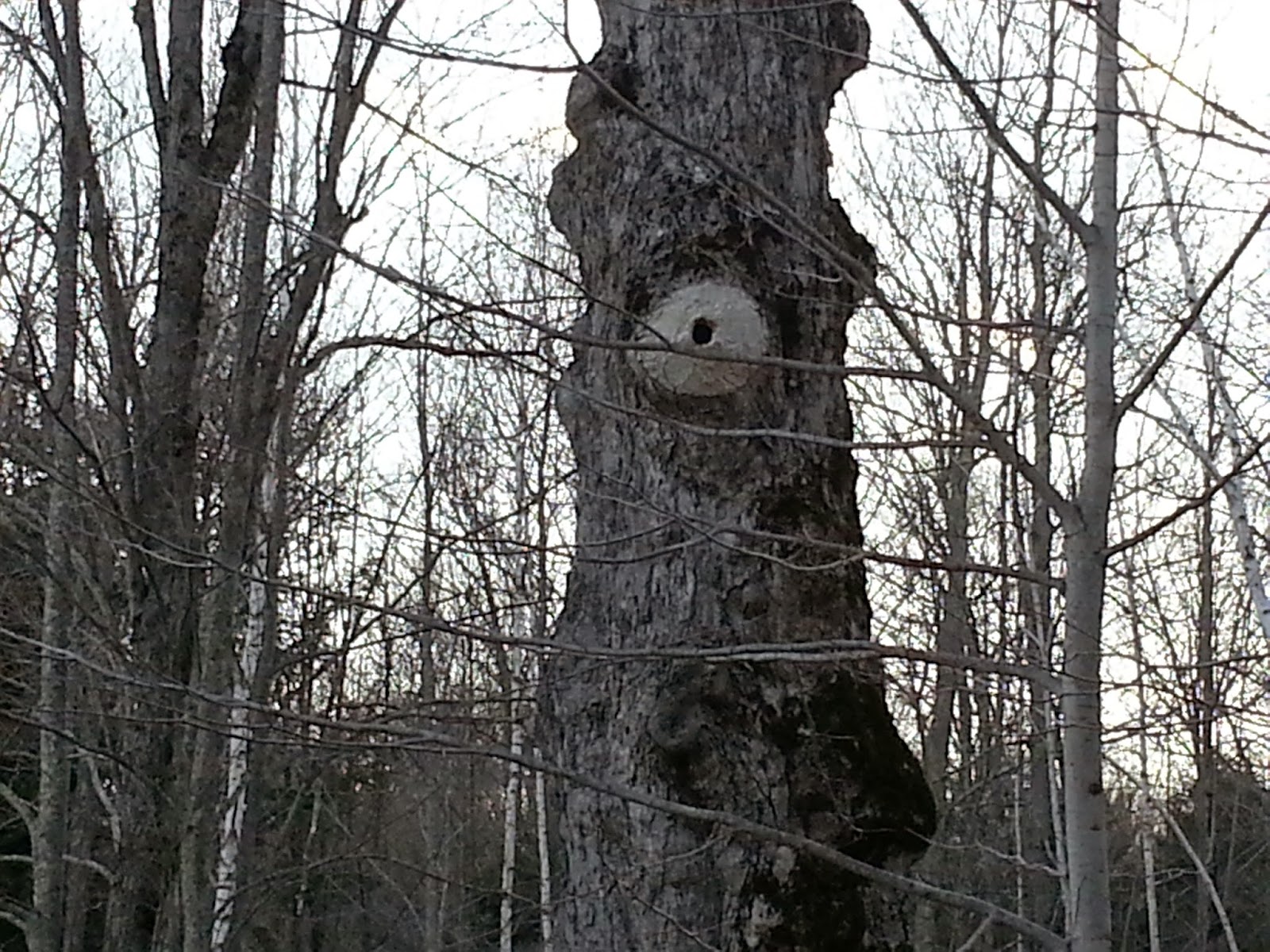 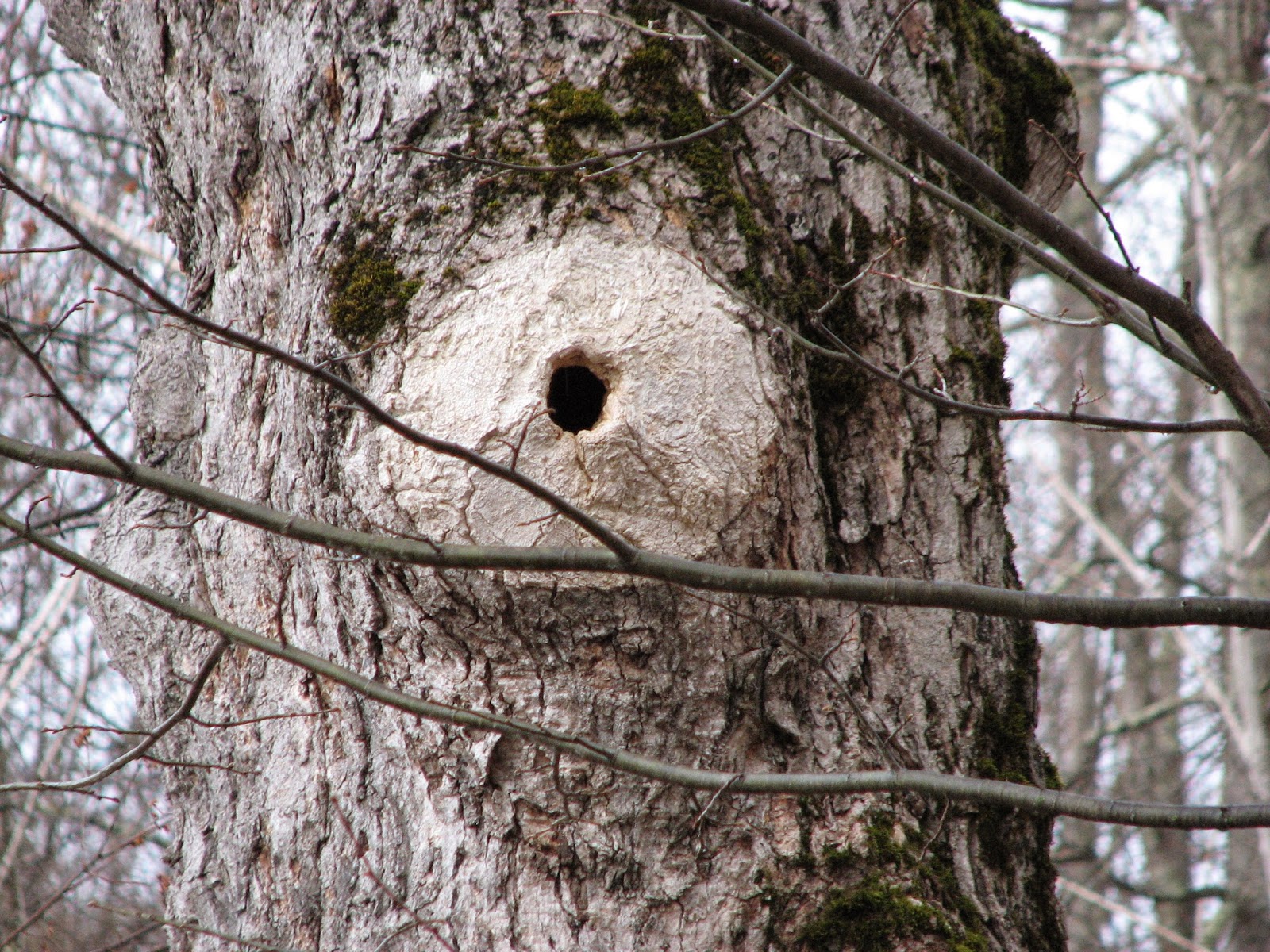 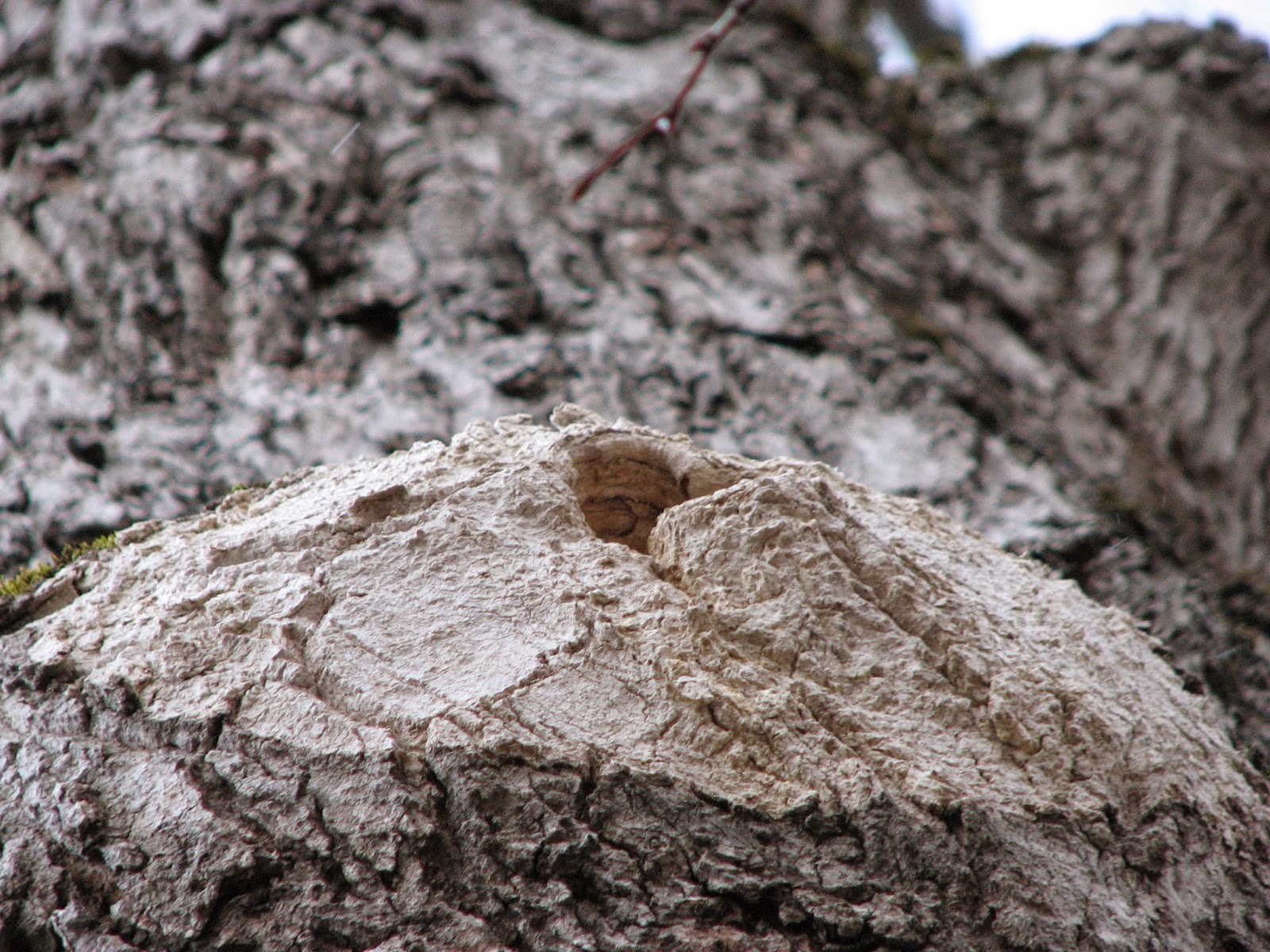 I've certainly seen nothing like it and that nearly perfect circle of discoloration seems to have a lot of other people stumped. I posted a pictures to the Facebook Beaver Management Forum and asked for ideas.  There's a lot of curiosity, but no one has yet come up with a good answer.

Probably the closest match anyone has found yet, is the red breasted nuthatch.  It used pine resin around it's tree trunk nest.  I don't think that it, because the gray-white ring doesn't look like resin and an Internet search for images, showed no symmetry involved in their sap spreading.  If it's a nuthatch, it has OCD and an engineering degree.

The tree appears to be one of the biggest and oldest around the pond.  Unfortunately, the beavers have taken a liking to it and have begun gnawing.  I have never seen them go after a tree this size.  I suspect they may not be looking to down it, but rather simply dining on the bark on the exposed roots and base.

In either case, it's not a tree we want to see go down.  I was Sunday afternoon when I realized they were up to their dam chewing.  I had some stakes and fencing still around from past repairs.  It was a quick patch job and I'm not confident it will keep them away if they have a mind to chew.


Here's 25 minutes of wire wrapping in a minute and a half.

The fencing and posts can easily be breached if they manage to get under it on the side that is in the water.  I'm hoping that it's enough of a bother to them that they just move on to something else. I'll know more tomorrow.
Posted by Art at 5:18 PM