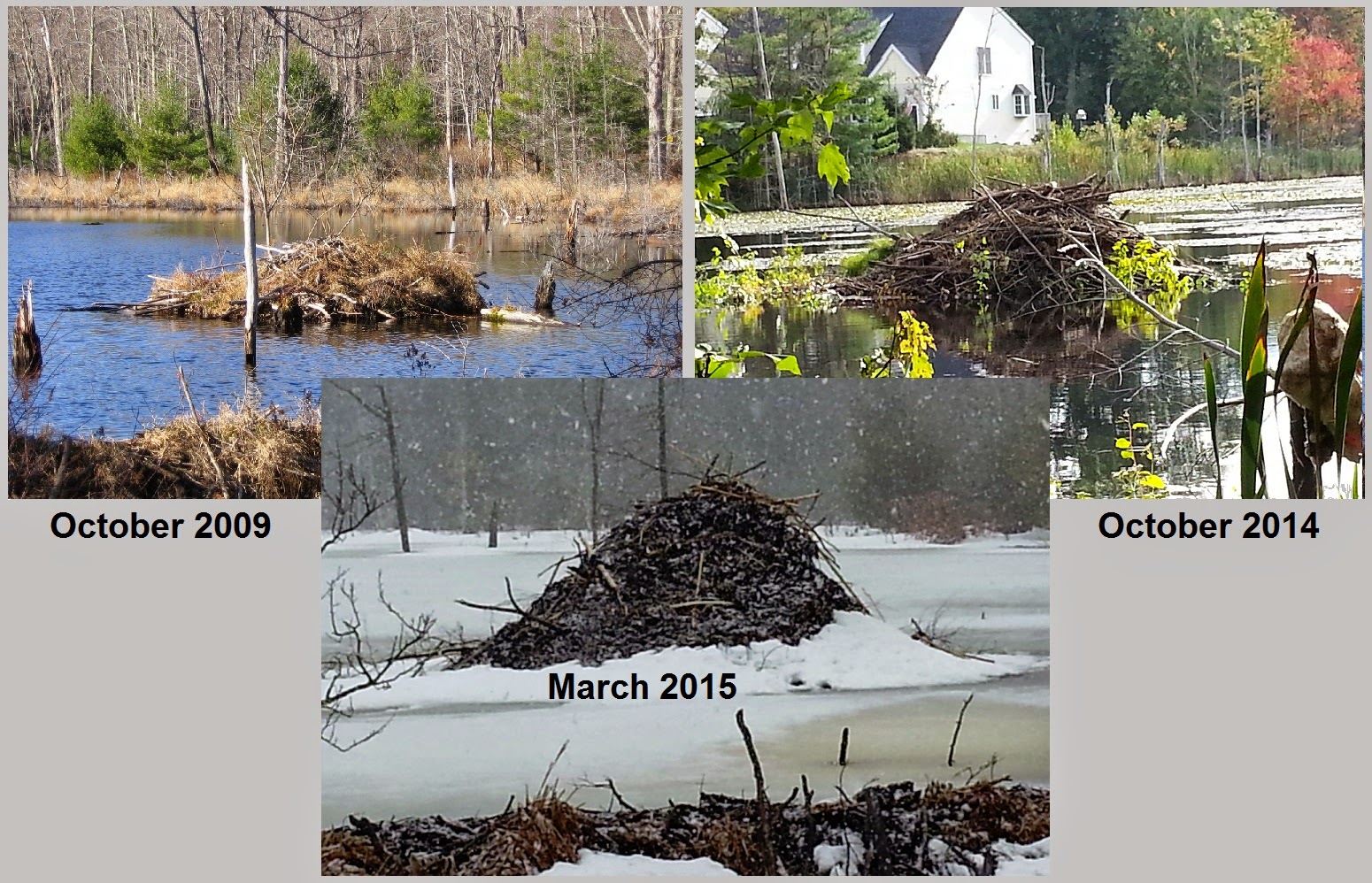 The beavers have not been idol over the winter.  I don't know if it is a reaction to the snow or anticipation of the spring melt and pond level rises, but they have increased the height of their lodge about the water level by about 30%.

I dug back into my archive of pictures and found a few shots that give a perspective of change over the years.  These three shots speak for themselves. (Click on the pictures to enlarge.) You can see some of the winter food cache to the left of the lodge in the October 2014 picture.  It's obvious that as they ate the bark and small branches, they used the large remains to built the lodge skyward. 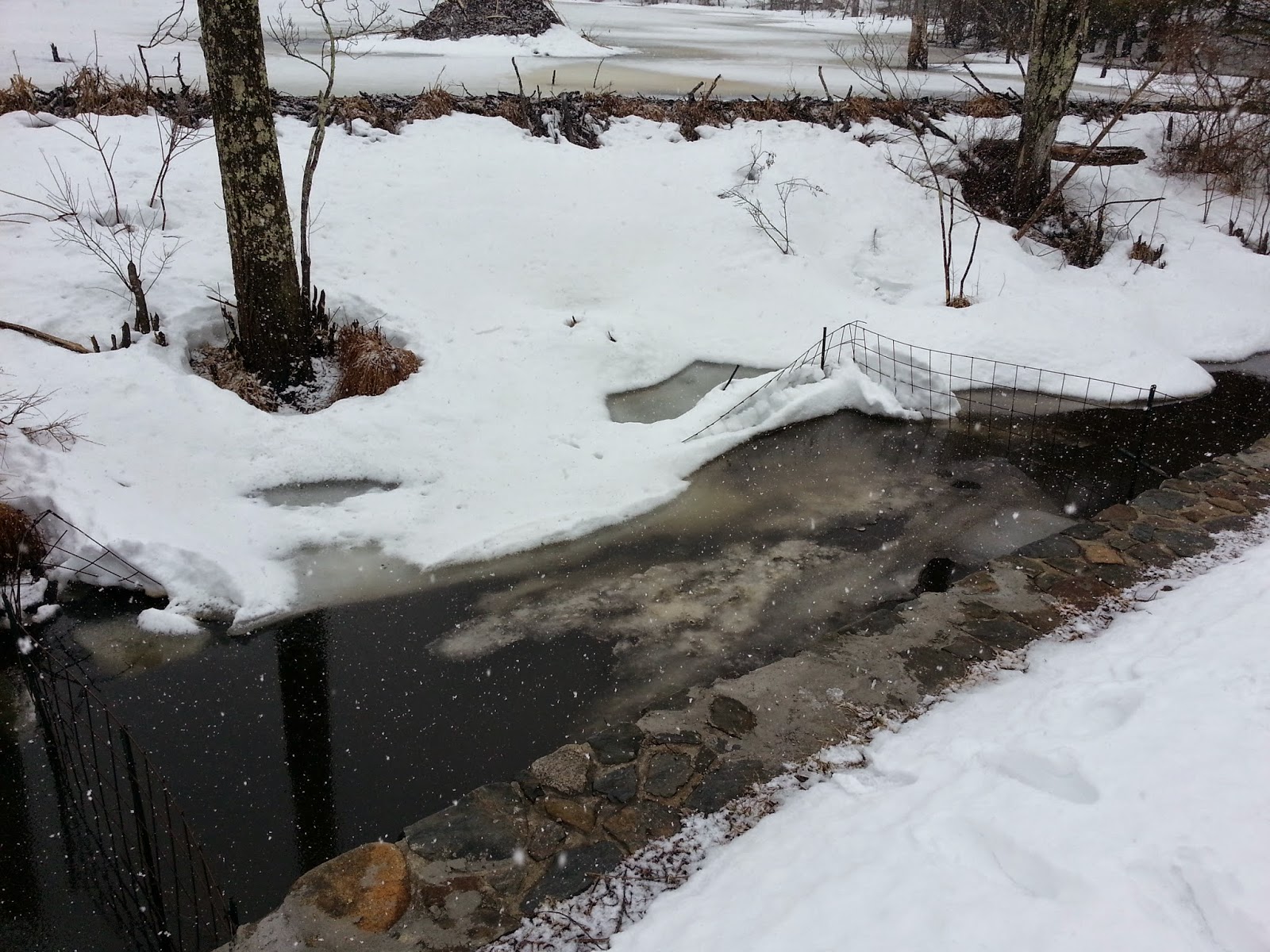 Unfortunately, while the roofs of our condos survived the snow and ice, the same can't be said for the culvert fence.  The weight of the snow and the rise and fall of the ice, took its toll and the far end of the culvert cage has collapsed.  The good news is that a temporary repair should only take a few minutes and reinforcement can be made later in the spring when Mike Callahan installs the pond leveler.

While the repair should only take a few minutes, I have to make sure I get to the repair before the beavers discover they have access to the culvert.  That mean daily treks to watch for sufficient melting to allow for a rather cold few minutes of repair.  Hopefully my waders are sufficiently insulated.

I know there is a double entendre here about squirrels watching and nuts, but I'll refrain from committing it to writing.  Let your imagination and your conscience be your guide.
Posted by Art at 11:15 AM No comments: