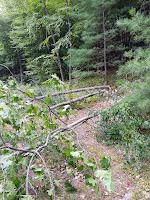 Just past the first bench on the pond trail, I came across evidence that the beavers are in full prep mode. I saw three trees blocking the path. As I came closer to inspect their handy work, I noticed they had actually felled FIVE trees on the north side of the trail. However, they had already dismantled two and a half of them. 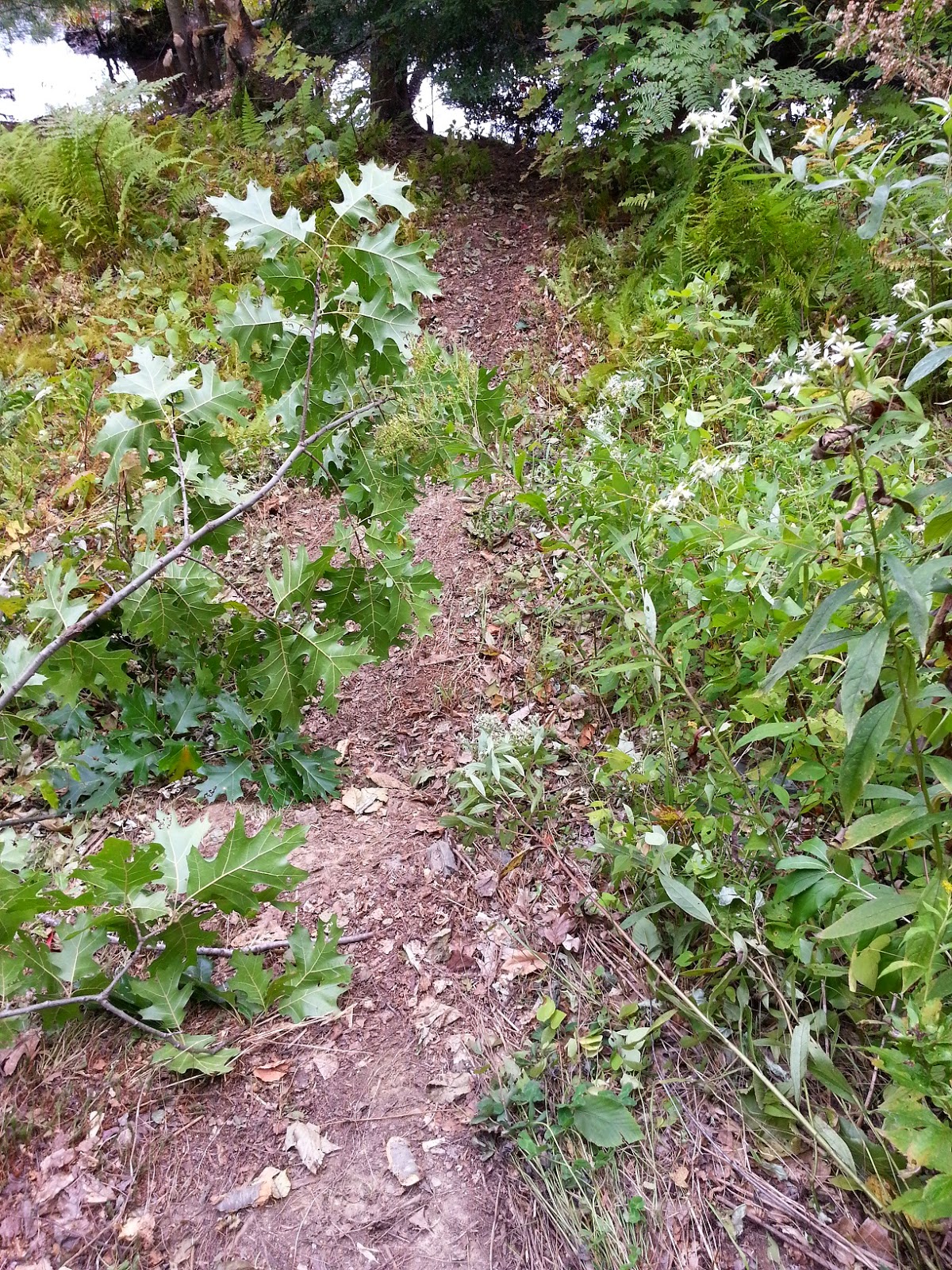 Their escape route was clearly marked. Further investigation revealed that they had made quick work of at least a half dozen more trees on the southern side of the trail. 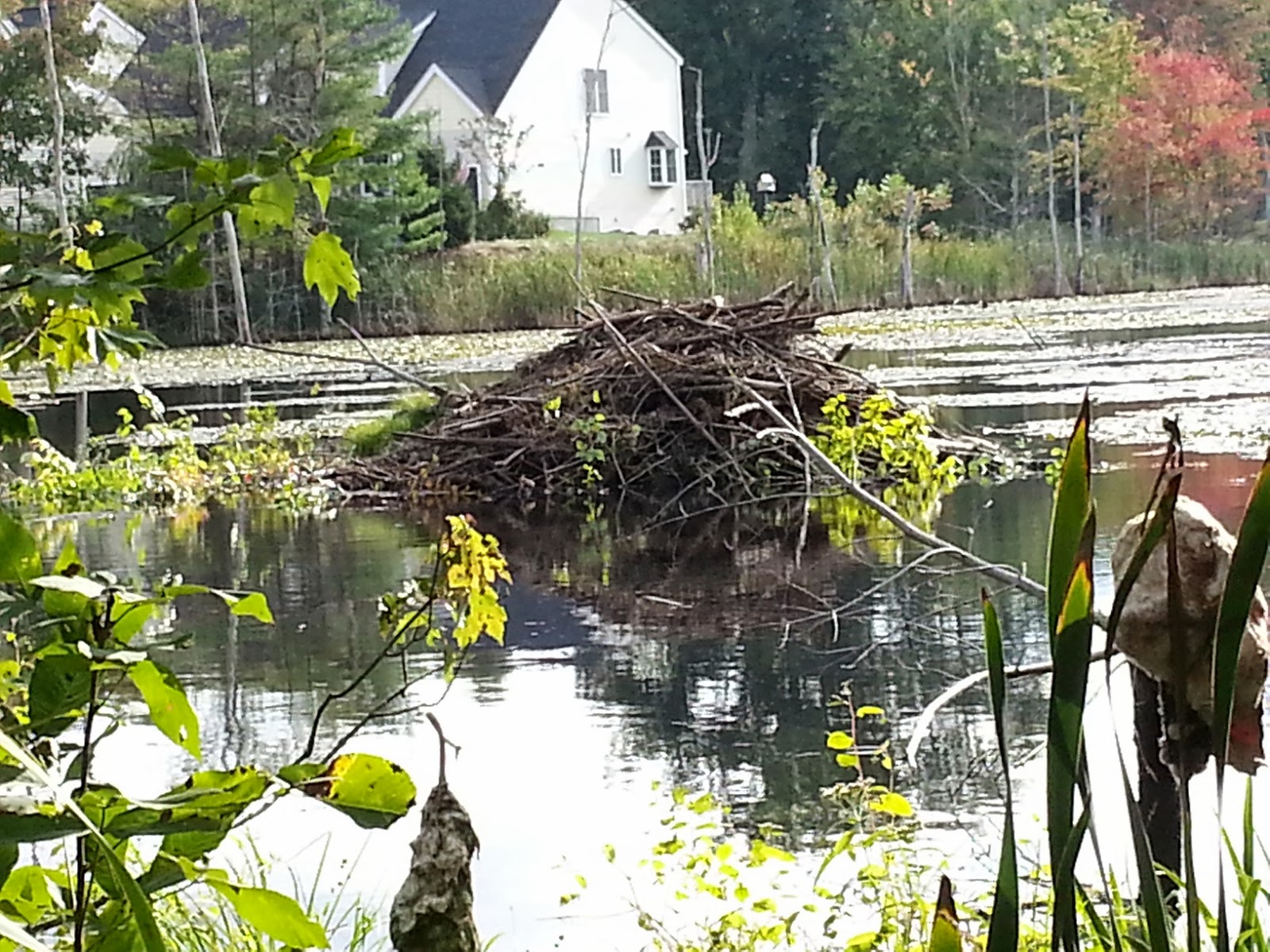 Walking back home, it became obvious that some of it was put to use on their lodge, and the rest was probably stored for winter feasting.

It will be interesting to see how much activity there will be tonight. I didn't have time to set up my trail camera.  Maybe the opportunity will arise again soon.  I wonder if beaver activity in any way forecasts the severity of the coming winter?
Posted by Art at 5:55 PM No comments: